John Wright is Southport's Liberal Democrat candidate
for the next General Election. 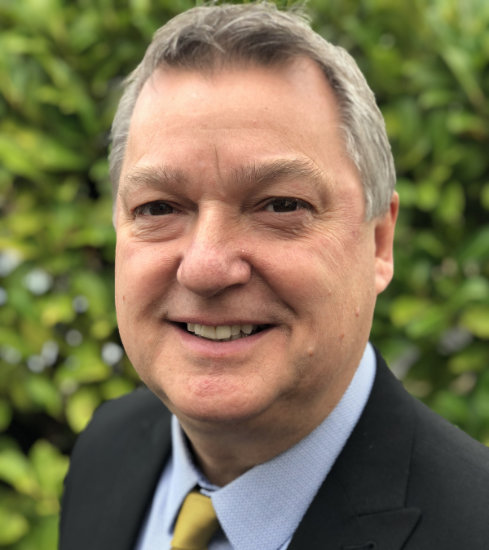 In this interview he talks about his life, political views, and what would be his priorities as our town's MP.

Tell us about your family background.
Well I’m Lancashire born-and-bred, but my dad was from the Midlands. One of my grandads was a steelworker in the Black Country, the other was a Lancashire miner.

My father Jim was a teacher from Wolverhampton. He was an RAF navigator on Lancaster bombers during the war, and somehow survived. My mother Sally was from Oswaldtwistle, who gave up her education to go and work at A V Roe's factory in Manchester building Lancaster bombers, but later also became a teacher. This was where my parents first met when my dad was part of an RAF morale-boosting visit to the factory.

And now?
Now I live in Croston. I’m married with 13 year-old twins, and two grown-up daughters from my first marriage, and two grandchildren. Oh yes, and two spaniels!

What was your first job?
After university, my first job was in Skelmersdale working for the Government's "YOPS" (Youth Opportunities Programme) scheme finding work for unemployed young people and providing day-release education for them. Then I worked as a literacy and numeracy tutor in various Lancashire further education colleges, which included 10 years teaching in prisons. I have spent well over 30 years in public service as a teacher, finishing my career as Principal of a large adult education college.

What are your political values and vision? And your political background?
I joined the Liberal Party as a student because they didn't seem to be in anybody's pocket and they seemed to be the only party attempting to balance the need for a strong economy with a responsibility to look after the most disadvantaged in society.

I am very proud of what we say in our Lib Dem constitution: “The Liberal Democrats exist to build and safeguard a free, fair and open society, in which we seek to balance the fundamental values of liberty, equality and community, and in which no-one shall be enslaved by poverty, ignorance or conformity”.

At the age of 25 I was elected as the youngest councillor on Preston Borough Council serving for 8 years. I have represented the party in three general elections, and have been part of the Southport Lib Dem team since 2010.

What are your earliest memories of Southport?
As a small child, our family used to come regularly on the train from Penwortham when the Preston-Southport rail line was still running before it was closed by the Government. My favourite place was always the Model Village; as a teenager I remember going to watch Southport FC with my older brother. For the last 20 years, Southport has been my local town for all our shopping and leisure.

What if you were elected Southport’s MP?
Southport faces challenges and, like so many seaside towns throughout the country, needs more support from the government, and from the local council. My priorities would be to do everything I can to boost jobs and the local economy, to support our NHS and schools, to protect our environment, and to help those in Southport who face poverty, disadvantage, or other hurdles. Everyone should have a fair chance to get on in life.

I also think MPs should be more open, transparent, honest and accountable. They should be more accessible to the people who elect them. And they should put the people and the country’s interests before their own and their party’s. We deserve a much better calibre of MPs than many of those we’ve got at the moment; we need people with courage and integrity.