Local Norwood ward resident and Liberal Democrat activist Bill Welsh fed up with the lack of action by Sefton Council has started to take direct action himself sprucing up overgrown areas where he lives.  Recently Bill has been clearing areas that cause issues for local people such as pavements that are overgrown.  He has also cleared all the ivy that was growing over the bench opposite Meols Cop Station so that people can use it again. 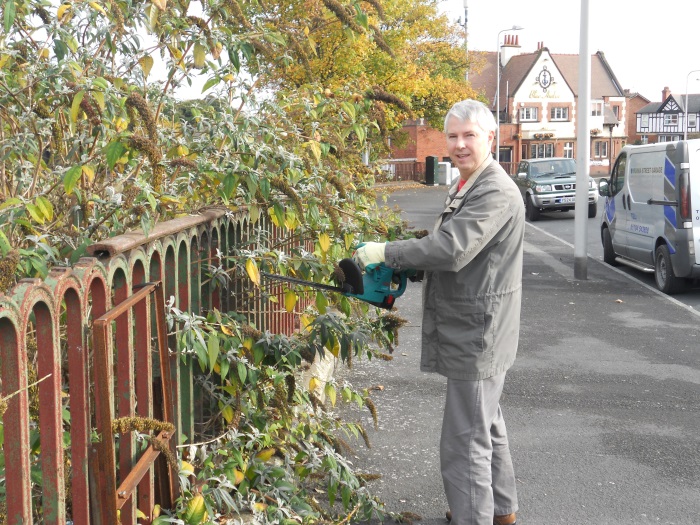 "Since Sefton Council is so strapped for cash, things like overgrown railings that encroach on local pavements are being overlooked.  I was not at all happy about this so have been going out to clear these areas, basically to make where I live look presentable again.'

The above photo shows Bill in action cutting back overgrown shrubs that were encroaching on the pavement in Hart Street.