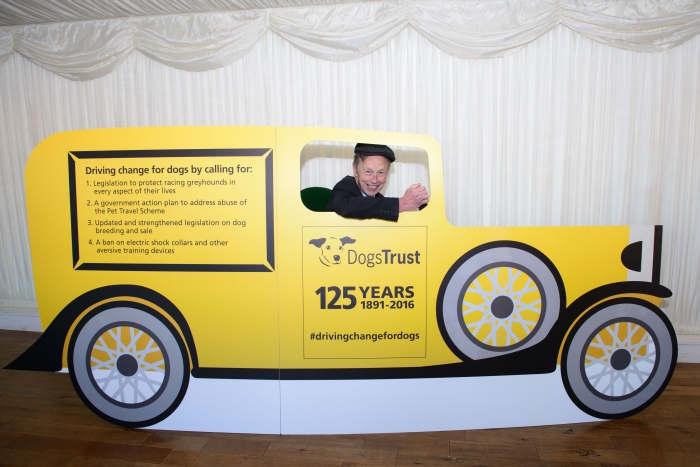 Dogs Trust, or the National Canine Defence League (NCDL) as it was formerly known, was founded in 1891 by socialite Lady Gertrude Stock and a small group of fellow dog lovers. Dedicated solely to helping “protect dogs from torture and ill usage of every kind”, the charity has been instrumental in campaigning for dog welfare for the past 125 years.

From its early years campaigning against the widespread use of dogs for vivisection and the persecution of stray dogs following rabies scares, to opening shelters for stray dogs and most recently, successfully campaigning to make microchipping compulsory in England, Scotland and Wales, Dogs Trust has long championed the cause of the nation’s four-legged friends - something it continues to do to this very day.

John Pugh MP for Southport said: “I am very pleased to support Dogs Trust in raising awareness of the current issues facing the nation’s dogs. Dog welfare is something I feel very strongly about, and I commend the incredible efforts Dogs Trust has gone to in a bid to improve the lives dogs across the country over the past 125 years. “

Adrian Burder, Dogs Trust CEO, says: “Over the coming 12 months one of the main focuses for Dogs Trust will be the issue of irresponsible breeding. There is currently little to no enforcement on the breeding and sale of dogs in the UK and this is something which needs to change.”

“Looking forward, Dogs Trust is calling for a registration and licensing system to ensure better enforcement and traceability of anyone breeding, selling or transferring the ownership of dogs. We believe that anyone selling a single dog or a single litter should be registered with their Local Authority and that anyone breeding two or more litters a year should be licensed as a breeder. These measures should help give prospective puppy buyers more confidence, as well as providing local authorities with a definitive list of individuals involved in this trade.