Liberal Democrat Councillor Sue McGuire has asked both Sefton Council and Southport BID to follow the lead of Lincolnshire County Council by working with licensees across the Southport and the Borough to roll out the “Hi, I’m Angela Campaign” safety campaign.” 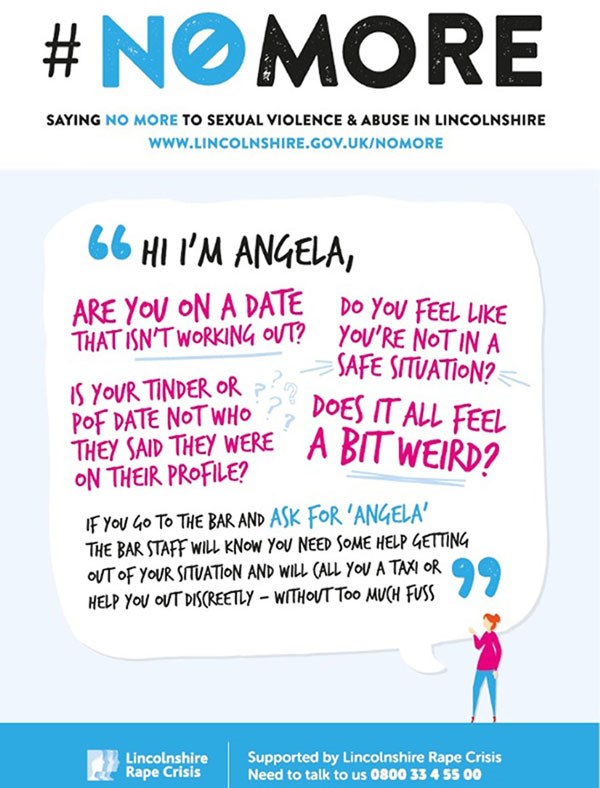 Councillor Sue McGuire explained “I think this is such a simple idea that is relatively inexpensive to introduce and which would save someone from possible sexual attack.  More and more people are arranging to meet strangers via on-line applications with everything very much based on trust but personal safety cannot always be guaranteed. The “Ask for Angela” campaign provides a code word that bar staff understand and can react to so that people who feel unsafe can leave the premises.”

The “Ask for Angela” campaign was launched by Lincolnshire County Council as part of their campaign to tackle sexual abuse with the aim of helping people out of uncomfortable date situations. It works by allowing people to ask for Angela at the bar if they are feeling unsafe or uncomfortable and staff will call a taxi or help them leave discreetly.

Councillor Sue McGuire added “I am pleased that

the Council have agreed to investigate via the Neighbourhoods and Partnerships team with the Council’s partner agency RASA. The Council have also agreed to speak to the other local authority areas in Merseyside to see whether they have implemented anything similar.”