At a recent Council meeting, councillors from all parties, except the Conservatives, supported a motion from local Lib Dem councillor Sue McGuire who hopes to bring the Council and residents to together to work to retain this vital A&E service. In the controversial ‘NHS Sustainability & Transformation Programme’ (STP) Southport’s A&E Department has been threatened with being downgraded rather than the current 24 hour coverage. 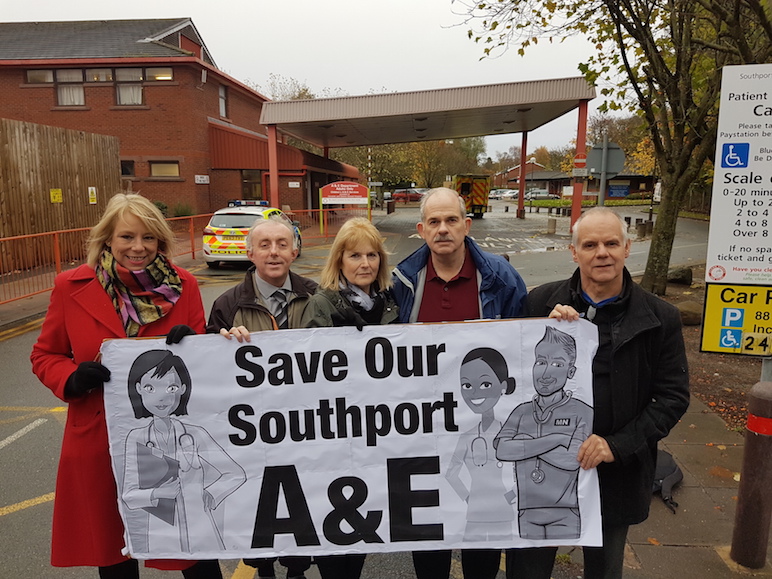 Leader of the Liberal Democrats in Sefton, Councillor Sue McGuire who proposed the motion at the Council meeting on Thursday said

“I’m delighted that the overwhelming majority of councillors supported our motion, with just the small Conservative Group voting against. Sefton Council now needs to work to ensure that residents are informed of the proposals which are likely to have a big impact on their local heath services. The Sustainability & Transformation Programme is an attempt to disguise cutbacks in the NHS which is being presented as if it were simply a ‘re-jig’ of services.

“The decisions and plans have been made behind closed doors with no input from patients, residents or local healthcare professionals. These proposals will impact on the health and wellbeing of all our communities. They now need to be discussed honestly in the open with input and discussion from the people who will be affected.”

The campaign to retain the A&E service in Southport is being spearheaded by Southport Liberal Democrat councillors and John Pugh, who led a debate on the matter in the last Parliament – but local elected representative are seeking involvement from all sections of the community.

The secret plans for Southport & Ormskirk Hospital only came to light because the plans for Cheshire & Merseyside STP were leaked to the Liverpool Echo.

“The plans that I have seen clearly show a possible downgrading in A&E service at Southport. The people of Southport, Formby and West Lancashire must all work together to send a clear message to Health Chiefs that this is not an option for our town.”