Local Councillors Marianne Welsh and John Dodd have been the driving force behind getting a much wanted and needed bus shelter installed opposite Southport train station, in London Street. 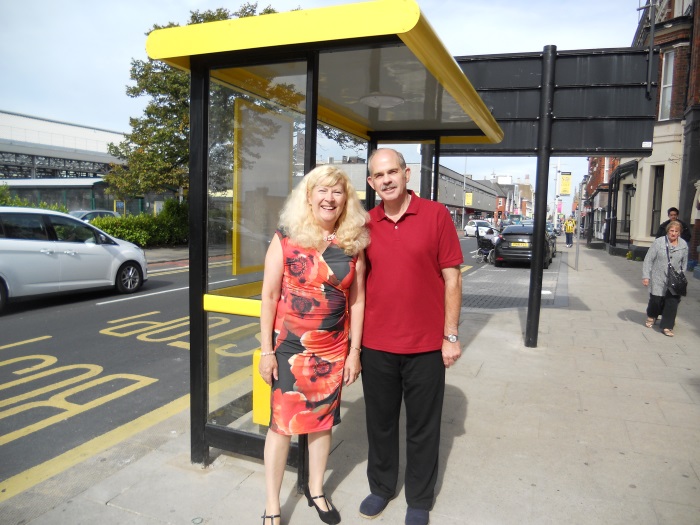 Cllr Welsh, who represents Norwood ward, said “A resident of mine with limited vision contacted me to tell me how difficult it was for him and others especially when raining to wait for a bus home with heavy shopping at this stop without a shelter and could I help to get one installed. I then contacted my colleague John Dodd, a councillor in Meols Ward, as John is our representative on Merseytravel who are responsible for bus shelters. Cllr Dodd got on to a senior manager who then found out that this was going to be difficult due to the sighting of the stop. John said “It was not a straightforward operation, as a ground survey had to be done so there was no danger from any cables below, and then Sefton Council had to agree to move various signage in the street to accommodate the shelter going in, and finally Merseytravel installed the shelter”. Already members of the public have given the thumbs up to the new shelter which is in before the colder and wetter weather arrives.