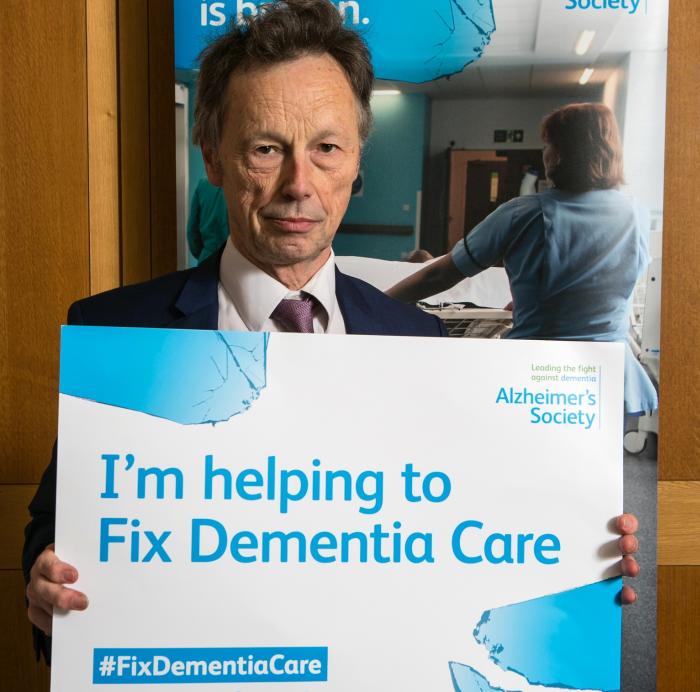 MPs gathered in Westminster to call for greater transparency across the NHS following an Alzheimer’s Society investigation which found too many people with dementia are falling while in hospital, being discharged at night or being marooned in hospital despite their medical treatment having finished. Freedom of Information requests (FOIs) carried out by the charity found that in 2014-15:

John Pugh said: "I was disappointed to find that our local hospital had not responded to the request for information from Alzheimer’s Society, because I know this is a problem that affects us locally and which the hospital are aware of.

“Alzheimer’s Society were in Westminster to urge MPs to back their new Fix Dementia Care campaign to end the postcode lottery on the quality of hospital care people with dementia face. The first step to improving the issue across the country is greater transparency - once we know where the shortcomings are we can take steps to tackle them.”

George McNamara, Head of Policy and Public Affairs at Alzheimer’s Society said: “We must put a stop to the culture where it’s easier to find out about your local hospital finances than the quality of care you’ll receive if you have dementia. We are encouraging everyone to get behind our campaign to improve transparency and raise the bar on quality.”

“Poor care can have devastating, life-changing consequences. Becoming malnourished because you can’t communicate to hospital staff that you are hungry, or falling and breaking a hip because you’re confused and no-one’s around to help, can affect whether you stand any chance of returning to your own home or not."

The campaign is making the following recommendations to fix dementia care:

Alzheimer’s Society is calling on people to back the Fix Dementia Care campaign by signing up at www.alzheimers.org.uk/fixhospitalcare