Duke Street Resurfacing May Not Be Enough

A Southport Councillor is claiming victory in the long battle to get a better surface on Duke Street.  But Lib Dem Councillor Tony Dawson (above), who represents the town centre area, is concerned that the 'cheap and cheerful' solution applied may not be up to the job. 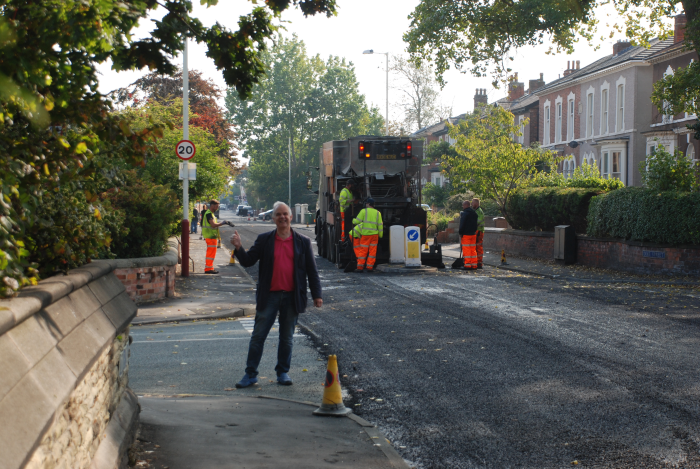 Councillor Tony Dawson says "I have raise the state of the major defect in the highway of Duke Street with the Council over several years now, and they kept saying that it was not a priority. It just shows that persistence eventually pays off."

Besides various surface defects the length of the road, the worst problem has been a big dip in ther middle of the road just east of the Duke Street/Talbot Street junction.

"The contractors have now put a thicker layer of tarmac into this pit than in the rest of the road," says Cllr Dawson, "but it is addressing only the symptoms, not the cause, and there is still a pronounced bump."

"I am worried that something is going on undiagnosed deep below the surface  of the road at this point and the Council will have to come back to deal with it properly sooner or later."

Councillor Dawson is even more concerned about the state of Weld Road outside the Fisherman's Rest public house/restaurant.

"The Council has been back to re-repair this area already and yet the road has broken up badly again in two places. It is dangerous for cars and particularly cyclists and motorcyclists. If the Council does not get to the root of the problem, they will end up spending more and more money year after year on temporary patches."