Local Lib Dems Cllrs John Dodd, Dan Lewis & Marianne Welsh plus the Friends of Meols Cop Station have scored a massive victory in getting Northern Rail to change its mind over installing  CCTV at this station.

Cllr John Dodd, who is the Liberal Democrat representative on Merseytravel said "For years Northern Rail refused to put CCTV in but due to the increase in high levels of vandalism  & the continued persistence by those of us who have campaigned to get this decision changed they have finally conceded." 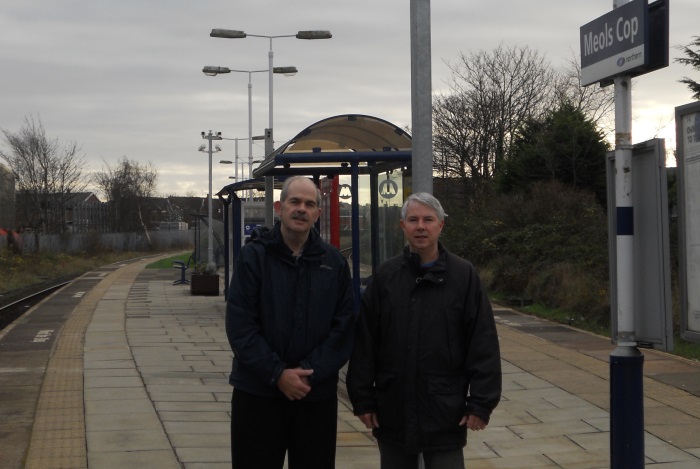 Local resident Bill Welsh who lives close to the station said "Gangs of youths doing destruction at this unmanned station had increased dramatically.  I was extremely concerned as after the last spate of vandalism at the station parts of the shelter had been thrown on the track and this could have caused a major incident like a train derailment.  Also in the evening the station became a no go area as people were fearful of going down there in case they were attacked.   Now due to people pressure we have got the much needed CCTV installed."

The photo shows Cllr Dodd and Bill Welsh by one of the CCTV's.