On Thursday as part of Dementia Awareness Week a number of our Lib Dem councillors from Cambridge and Meols wards met outside the pharmacy at Lanes Ends roundabout providing shoppers with information about Dementia. 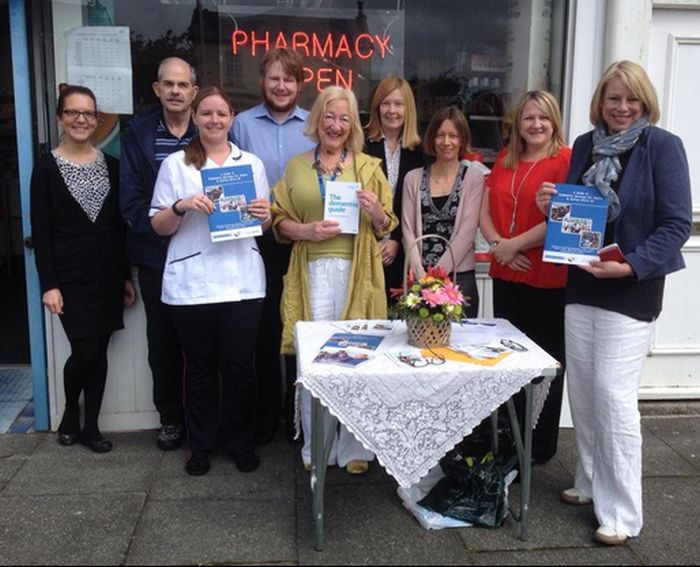 Cllrs John Dodd, Sue McGuire, Pat Keith and Daniel Lewis met with medical professionals from the doctor's surgery, the dentist and the pharmacy and discussed working towards making Roe Lane Dementia Friendly. The shops at Fylde Road have been leading the way in making Southport Dementia Friendly and it is great to see the shops and medical professionals on Roe Lane helping to expand the scheme.

Dementia affects 850,000 people in the UK and the economic impact of the condition is £26bn. According to the Alzheimer's society Southport has the highest rate of dementia in the North West with over 1,750 people living with dementia. For more information on dementia visit the Alzheimer's Society website http://www.alzheimers.org.uk/site/scripts/documents.php?categoryID=200119&_ga=1.41367137.2110176170.1432212070