Newspapers from across the political divide have united in their belief that the Liberal Democrats have been a force for good in government.

National titles recognise the achievements of the Lib Dems in Coalition and the stability our party has brought to the country in the last five years.

The newspapers also recognise – in the inevitability of a hung parliament – Nick Clegg and his colleagues will anchor Britain in the centre ground and stop a lurch to the Right or Left.

See below for some examples; click on the images to be taken to the articles. 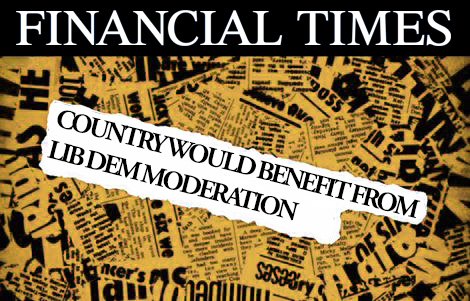 "The Conservative-Liberal Democrat coalition has shown European-style cohabitation can work."

"At this delicate moment, the best outcome would be a continuation of the 2010 coalition between the Conservatives and Lib Dems. Mr Clegg’s party has proved a responsible partner in government."

"The country would benefit from the countervailing force of Lib Dem moderation at Westminster. In seats where the Lib Dems are the incumbent or the main challenger, we would vote tactically for them."

"...the FT would like to see a Conservative-led administration." 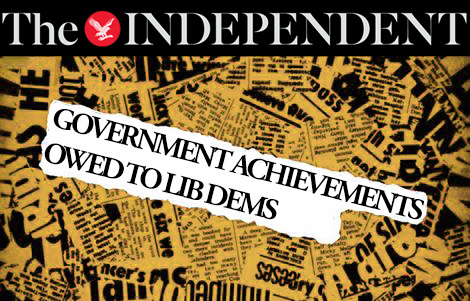 “Many of the good things the Coalition has done are owed to the Liberal Democrats.”

“…history will record him as the man who turned a party of protest into one of government.”

“As a principled, effective politician who could hold another Coalition together, we hope he keeps his seat in Sheffield Hallam.”

“He has confounded his Tory critics, held his party together, been a fine advertisement for a European kind of government, and championed the green agenda just as Tories abandoned it.”

“On raising the income tax threshold, the pupil premium, early years learning and apprenticeships the Lib Dems have been a force for progress, and if he returns to government Mr Clegg should insist on being Education Secretary.”

“For all its faults, another Lib-Con Coalition would both prolong recovery and give our kingdom a better chance of continued existence.”

“This title casts no vote. But we prize strong, effective government, consider nationalism guilty until proven innocent, and say that if the present Coalition is to get another chance, we hope it is much less conservative, and much more liberal.” 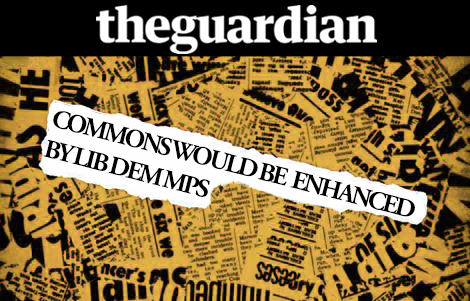 “...the next Commons would be enhanced by the presence of Lib Dem MPs."

“Where the real constituency choice is between these parties and the Conservatives, as it is between the Lib Dems and the Tories in the south-west, we support a vote for them.” 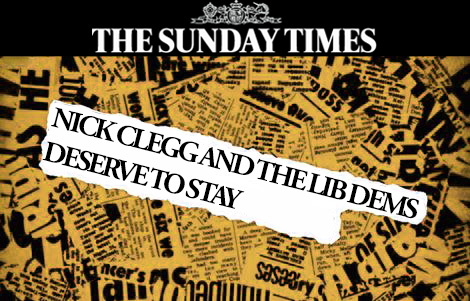 “...[the Coalition] did survive and this has been a period of political stability that would have been the envy of many majority governments of the past.

“Mr Clegg deserves to survive and so do his closest Lib Dem colleagues in government. Tory supporters in Labour-Lib Dem marginals may wish to vote for the Lib Dem candidate...” 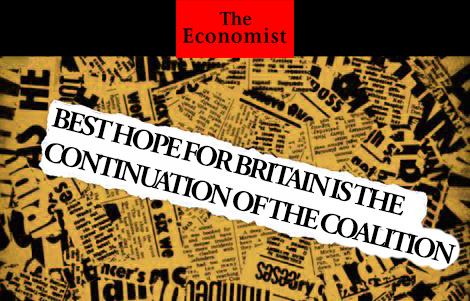 “...the Conservative-Lib Dem coalition has a stronger record than many realise and where Labour poses a greater risk."

“On that calculus, the best hope for Britain is with a continuation of a Conservative-led coalition.” 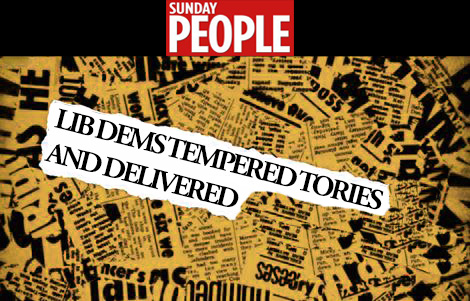 “We spoke to Nick Clegg. The Sunday People supported his bid to be a coalition partner in 2010. And we still believe that decision was right. The Lib Dems tempered Tory excess and delivered the last government’s greatest success with a tax-free allowance worth £800.” 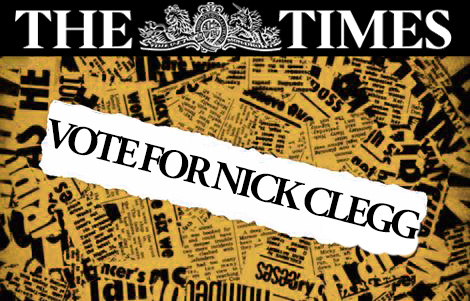 “Nick Clegg made a bold decision to take the Liberal Democrats into government.”

“Power has been a justified gamble for the Liberal Democrats…Their signature policy of taking people who earn £10,000 or less out of taxation altogether has been one of their successes.”

“Mr Clegg should also be commended for his support for George Osborne’s economic policies and for the emergence of Danny Alexander as chief secretary to the Treasury.”

“…the best hope of a Tory-led government would be once again to team up with the Liberal Democrats. That requires the presence of Mr Clegg, so they would be wise to vote for him.” 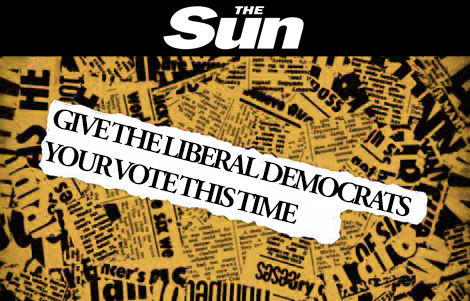 “[We have a message] for Tories in 14 unwinnable seats where only the Lib Dems can beat Labour: Give the Lib Dems your vote this time.”