John Pugh, is determined that the postponements and cutbacks to the program of rail electrification for the North announced by the Government last week should not be used as an excuse to delay vitally needed improvements to commuter services such as those between Southport and Manchester. 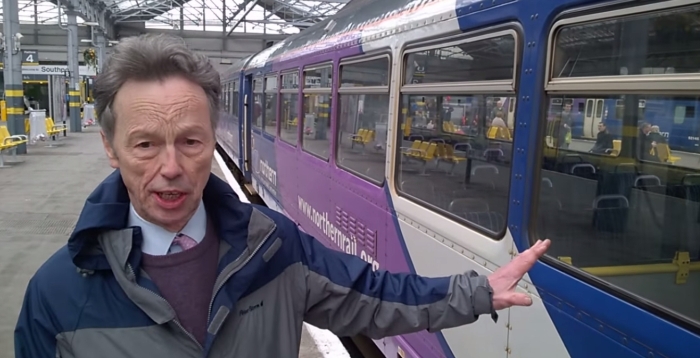 The MP said: “Rail users across the North expressed a range of emotions from outrage to resignation when the Conservative Government went back on a pre-election pledge, stated in its manifesto, to ‘electrify the main routes’ and ‘build the Northern Hub’. Tellingly all the London-based programmes in, or terminating in, London (Crossrail and the Great Western Line) remain unaffected.”

“What cannot be allowed to happen, however,  is for much-needed improvements to rolling stock intended for the next franchise (commencing in 2016) being pushed into the ‘long grass’ of the 2020s in another announcement a few months down the line. The replacement of the dreadful Pacer fleet is overdue, as everyone who uses them knows.

“The programme of electrification being put on hold for the North last week is essentially an admission by the Government that spending has been mismanaged and that the timetable is behind schedule.  We don’t want Whitehall mandarins deciding that rolling stock upgrades can be sacrificed to make savings for use elsewhere – perhaps London and the South East.“

The MP also argues that that plans to axe the airport and Piccadilly link at the end of 2016, which he opposes, are now more flawed than ever.

“I’ve opposed that move from the start, not only because that service connects Southport to the part of Manchester with the best jobs and world-class higher education facilities - not to mention the region’s  international airport – but also because the decision is based on some pretty flawed thinking.

“The assumption, by TfGM, was that by 2017 services going from Salford Crescent to Piccadilly via Deansgate and Oxford Rd would be all-electric with no place ‘at the table’ for Southport’s diesel trains – an artificial contrivance if ever there was one.

“With the delays we are seeing to the programme of electrification, diesels are likely to be a common site on that stretch for a while yet.  The axing of the service isn’t justified and I am engaged with various stakeholders to that effect. As ever I am being vitally assisted in this by the Southport Rail Transport Forum and I urge people to support them via their Facebook page”