Southport MP John Pugh has warned that Southport has a fight on its hands to retain a direct train route to Manchester Piccadilly and Manchester Airport, following discussions with new Northern Rail franchise winner, Arriva, and Network Rail.  Hundreds of Southport residents work in the business and university areas close to Piccadilly and will face the misery of having to change trains every day to get to work if the link is cut. 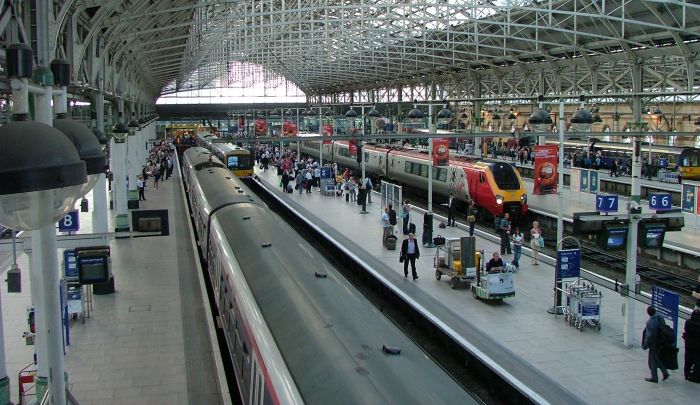 Under Network Rail and Arriva's plans Southport will retain only a direct route to Manchester Victoria, with some trains going on to either Bradford or Leeds.

"We and West Lancashire are being ganged up on by the big transport authorities in Merseyside and Manchester," says Pugh. "This critical route is being squeezed out to make way for their plans Arriva confirmed last Friday.

"It's full steam ahead in the City Regions and we get shunted into the sidings. Southport is the ONLY place in the North West to lose a direct service into Manchester as part of the new franchise.  We are clearly being stitched up and it's time to call this situation for what it is.  Whether through indifference, incompetence or downright malice, Southport is being wilfully discriminated against and not even Merseytravel is standing up for us."

The MP expressed disappointment that the Southport Business Improvement District group had not opposed the downgrading of service.

"I was told last week by a representative of Arriva trains that hoteliers in Southport were happy with the disappearance of the airport trade if we got a through train to Bradford. I have to question whether that genuinely reflects their opinion and where Southport BID are getting their information from."

"Local businesses have told me that they depend on residents for their year round trade not tourists, and anything that discourages people from working in Manchester and choosing to live in Southport will be another blow to the town centre.

"We will go the wire on this one.  The evidence is mounting that we have to fight our corner or be overlooked in all the hot air surrounding City Regions."

The new timetables are due to be announced this autumn and come into effect late 2017.