Rubbish Friends are definitely litter heroes after clearing a staggering 87 bags of litter from under the Pier earlier this year.The team of 28 intrepid volunteers completed the mammoth task in a little under 2 hours.

Local Councillor Sue McGuire, co-founder of the Rubbish Friends group said "The team did am amazing job today. This is a fantastic example of what can be done when people work together within their community." 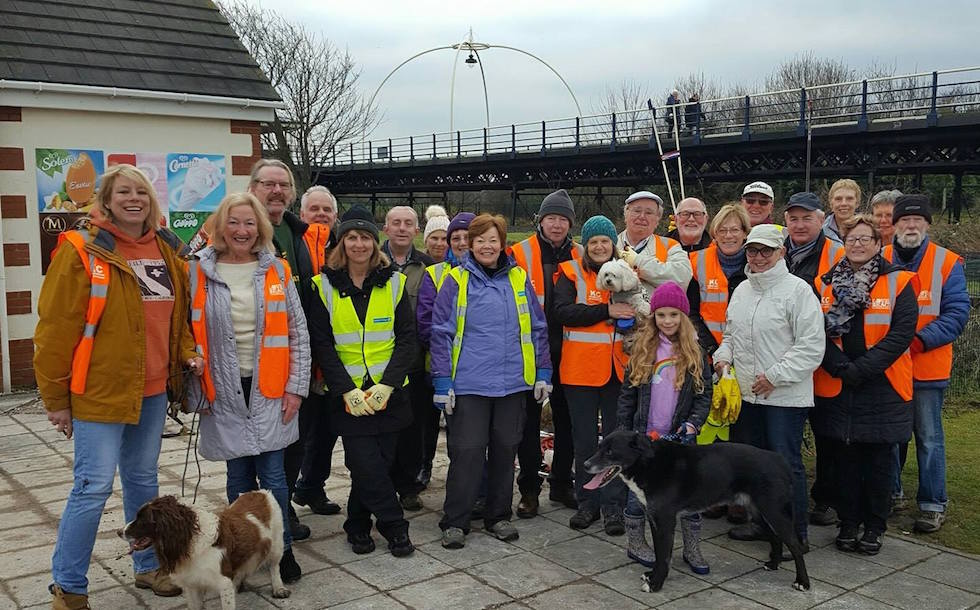 Councillor Pat Keith added "We are so proud of our volunteers today who have worked so hard to get this area cleared.

Most, if not all, the litter has been discarded by users of the skatepark so Councillor McGuire and myself will be looking at ways to reduce this in future."

The councillors from Cambridge ward have in the past funded 2 pairs of bins for the Skatepark however all were vandalised to such an extent they had to be removed.

Rubbish Friend Lorraine Cookson said "We had a great morning and it really was a case of many hands making light work as with so many volunteers we were really able to clean up."

The Rubbish Friends group of volunteers was set up in 2012 by councillors Sue McGuire and Pat Keith to tackle the on-going issue of litter in grot spots across Southport. Since forming the group have cleared over a 1,000 bags of litter.  The group have a regular programme of sites that they clean up including the areas around the Marine Lake and Kew Roundabout, Under the Pier and the beach.