Southport’s litter heroes donned their Rubbish Friends jackets and sprang into action to make the resort sparkle for this year’s Flower Show.. 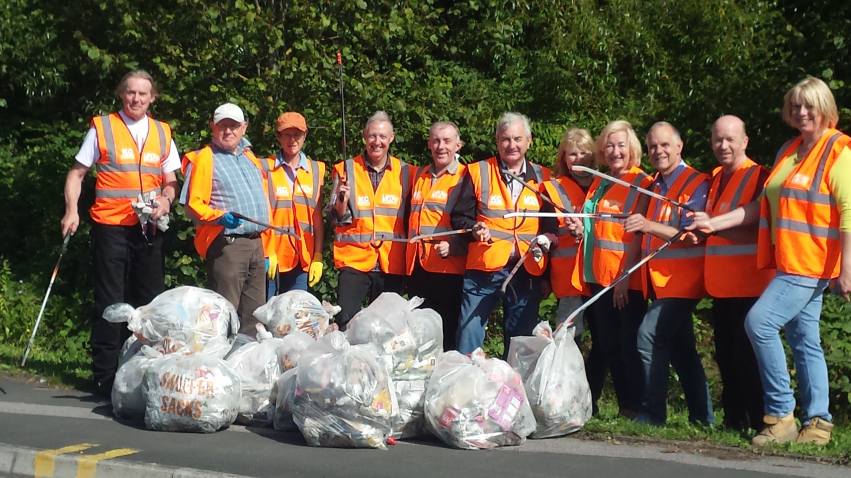 Southport’s litter heroes donned their Rubbish Friends jackets and sprang into action to make the resort sparkle for this year’s Flower Show.

Lib Dem councillors turned out to swell the ranks of the litterazzi as figures were revealed that the annual cost of keeping Britain’s streets clean and tidy is almost £1billion.

“We need to change our attitude to litter if we are serious about promoting Southport as a clean and healthy environment for tourists, the figure of almost £1 billion underlines the importance of the work our public spirited residents undertake – our success is down to them.” said Councillor Pat Keith, who founded Rubbish Friends with her colleague Councillor Sue McGuire in 2012. “We all have a role to play – it’s not someone else’s problem.”

The latest clean-up mission by Rubbish Friends, in the area of Kew roundabout, produced more than 20 bags of litter as a report commissioned by Keep Britain Tidy revealed the true cost to tax payers of keeping the country free of litter.

Councillor Sue McGuire said “Dropping litter should be recognised as anti-social, when people see rubbish on a street it sends a message that dropping litter is somehow OK. We need people understand the damage that littering causes to an area. Its time that local authorities, fast food companies and supermarket chains started to work together to find a solution to this growing problem before its too late.”

If you would like to be a Rubbish Friend to Southport please get in touch.