John Pugh has today congratulated Dr. Carrie Duckworth of the University of Liverpool, who he met last week. Dr. Duckworth was selected to take part in the SET for Britain event which took place in Parliament last week.The event is an annual poster competition to support and promote Britain's early-career research scientists and engineers. 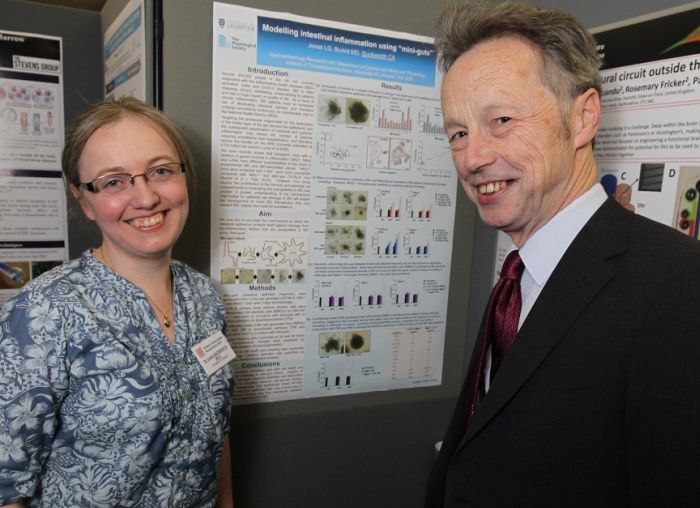 Dr Duckworth, whose poster was on Modelling intestinal inflammation using “mini-guts”, was born and raised in Southport and is now a Tenure-Track Fellow with the Institute of Translational Medicine at the University of Liverpool. John Pugh described it as “pioneering work in helping to prevent future cases of Crohns Disease and Colitis”. The work is so important that Dr Duckworth has recently been listed as a “Researcher in the Spotlight” for her work on Gastroenterology.

Dr Duckworth said she wanted to take part in SET for Britain event because the “event was a unique opportunity to present and highlight the importance of my research and my field of research to policymakers in the UK. Understanding how the gastrointestinal tract functions to absorb nutrients whilst at the same time prevents infection and inflammation caused by the trillions of bacteria contained within the gut, is key to preventing and/or treating several intestinal and systemic diseases such as inflammatory bowel disease, coeliac disease, colorectal cancer and sepsis. I wanted to apply for the opportunity to discuss with politicians how I have been using mini-guts cultured in a dish to find new therapeutic targets."

She praised the experience she got from the event, saying “In addition to discussions with several politicians, I was able to discuss a wide variety of research topics with other poster presenters and representatives from several learned societies.  The experience allowed me to converse with many people with diverse backgrounds who I would not ordinarily have had the chance to discuss my research."

John said , “It was an eye-opener for me. I had no idea so many complex and clever processes took place in our intestines which we all take for granted until something goes wrong."