MP John Pugh and Southport Lib Dem Councillors met last week with representatives of United Utilities in an attempt to get to the bottom of Southport's recent flooding issues. 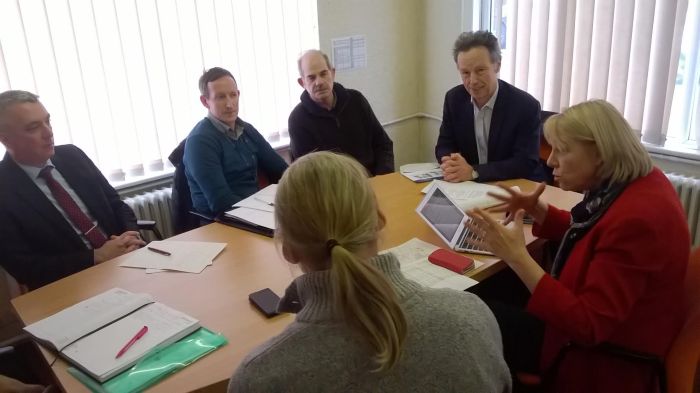 According to the MP, "It was a frank and forthright but positive discussion. It is clear that Southport has special and complex problems with a high water table, undergrond rivers and some pretty ancient drainage systems. Although we pressed for more investment it was pretty obvious that if all existing systems worked properly all but the most extreme circumstances could be dealt with. The trouble is the system does not work properly. Poor maintenance, unresolved blockages and insufficient warnings lead to system overload and big problems for residents.

"Part of the problem appears to be the division of responsibility between the Water Companies, the Environment Agency and the Council. People don't know who to go to when things go wrong and flooding is only avoided when all the organisations public and  private do their bit.

"If the council dont keep the drains free of leaves and silt in the autumn, you can expect flooding in the winter."

Councillor John Dodd raised key issues like the situation around Botanic Park and Cllr Weavers raised the threat posed by building more houses on greenfield land without considering the consequences for drainage. United Utilities echoed these concerns. Councillors pressed  given the increasing threat of wet winter from global warming for residents to be given better information and warnings.

"The fact is", said John Pugh "that when disaster strikes particularly over a holiday period that no-one knows who they should be calling for swift action. At the very least we have to improve co-ordination and communication"

Councillors now plan further meetings with the Environment Agency who control many of the biggest pumping stations and water courses.