Southport has highest rate of dementia in NW

Southport according to figure released by the Alzheimer’s Society has the highest number of people with a diagnosis of dementia in the North West and one of the highest rates in the UK – 1,765. 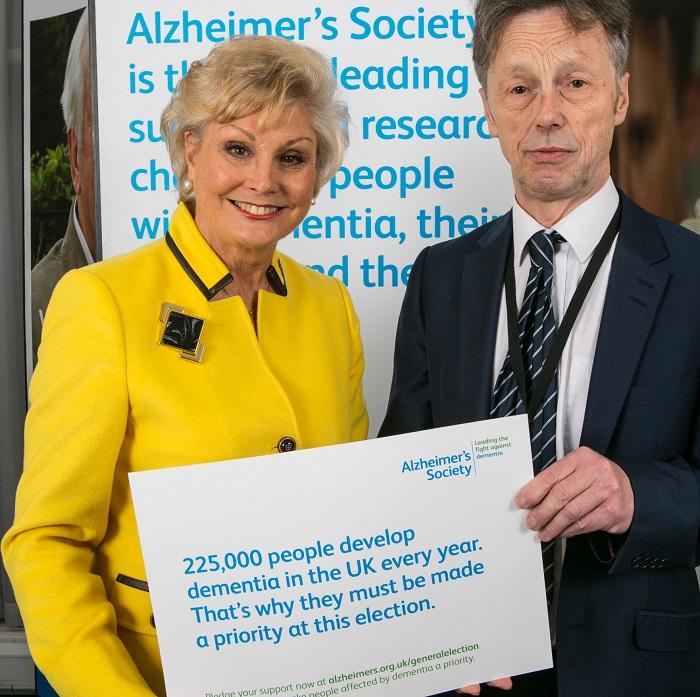 Alzheimer’s Society campaigners were in Westminster to urge MPs to make this election memorable for all those affected by dementia. The charity is striving to ensure that more people get a diagnosis and the support they need, that there is a doubling of spending on dementia research and that communities are encouraged to become dementia friendly to ensure people with dementia can live full and active lives.

John Pugh (pictured above with dementia champion Angela Rippon) has been for some time involved in the drive to make Southport dementia friendly. Recently in co-operation with the local Alzheimer’s Society in Southport, bank staff attended a training session on dementia awareness and already some parades of shops like Fylde Road have been awarded “dementia friendly”  status.

“It’s important”, says the MP , “that we develop a more enlightened attitude to what will become an increasingly common problem. We can do more for people and make living with dementia more bearable for patients and carers alike.”