Hopes for an improvement to Southport’s rail links Manchester and Lancashire have been deflated by a series of government announcements. According to Cllr John Pugh, it’s the same old story of Westminster ignorance and indifference that is seeing Southport lose out.
The former MP who has lobbied continuously for projects like the Burscough Curves stated  “I don’t believe that we are getting a serious hearing- just being strung along with vague and patronising waffle”.
In the last months the government has announced a billion pound cutback in railway funding  https://www.bbc.co.uk/news/business-55182000,cut back substantially on funding to Transport for the North but given the go ahead but made a £800 million pledge to restore the line Beeching cut between Oxford and Cambridge.
BEECHING  RESTORATIONS
That £800 million is more than the entire £500 million the Tories claimed would be spent on Beeching restorations at the election and of course completely overlooks the Burscough Curves that would cost a small fraction of that price.
To make matters worse the result of the successful campaign begun under the Coalition to keep Southport’s business links with Manchester Piccadilly is now in danger of being reversed.
The Transport minister,Grant Shapps, has just launched a new consultation on  “ how best to improve Manchester’s railway” and one of the options under consideration is to cut out out our Piccadilly link- none of the options improve access to Southport.
“It is not unusual for southern based governments to overlook our needs,” said John Pugh, “ what is new is the false assumption that we are stupid enough not to notice”.
Burscough-Preston Line 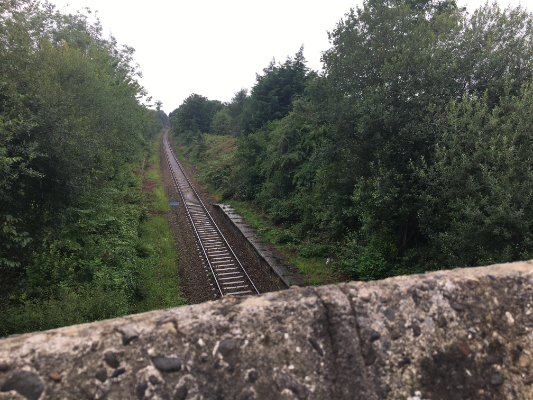