Southport Lib Dems have raised further concerns over the future of Southport and Ormskirk Hospital Trust. 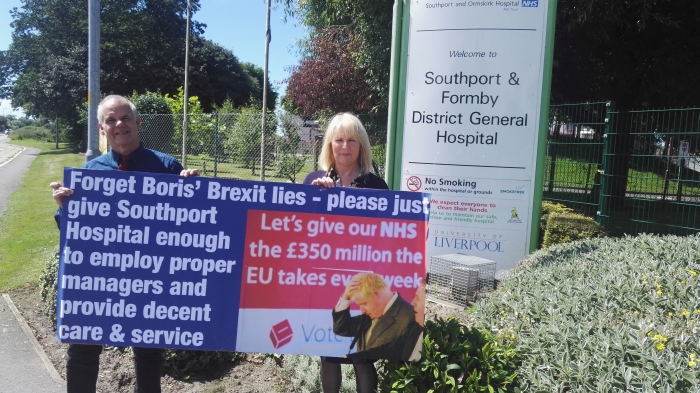 Four top bosses at the Trust, including the chief executive Jonathan Parry, were suspended on full pay in August 2015 for unknown reasons after three separate whistleblowing accusations. One of those suspended has now been told that they may return to work whilst the three others will face disciplinary action. It is unclear why the investigation has taken 12 months to come to this view and looks set to drag on yet further.

Southport MP John Pugh says that somebody owes the town an apology over the debacle and the longer it continues, the more damaging it can be for the Trust as part of the bigger picture.

John said: “The medical staff and middle management are doing a great job in maintaining our services but across Merseyside there’s a wholesale review of hospital care that could lead to big changes in which hospital does what.

There is no one batting for Southport in this process.

My fear is that other hospitals will seek to cannibalise Southport’s services without anyone there to champion the hospital and the community.

We may see services re-allocated to other out-of-town providers with the usual smokescreen of arguments about clinical pressures disguising a naked land grab.  I have written to health minister Jeremy Hunt and Simon Stevens, Chief Executive of the NHS pointing out that Southport, through no fault of its own, has no voice in this undemocratic review process.

Further lasting damage may be done because of the absence of committed leadership at the top at a critical time and if Southport is penalised because it has lost its voice. This is absolutely not the fault of staff or local people.

Someone owes us an apology.”